There has been very little research on the ecology of black redstarts in the UK, although there has been some work done on this field in Sweden, which, like London, is at the north-western edge of its range.


The factors listed below are considered by experienced observers to be the key ecological principles affecting black redstarts breeding in the UK.

1. Areas of sparse ‘wasteland’ vegetation and stony ground are necessary for feeding. Many of the brownfield sites they are associated within London and Birmingham adequately provide this habitat requirement. 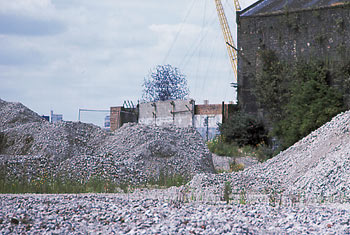 2. Complex structures. Extensive areas of open brownfield land are not favoured by black redstarts. They appear to require many vertical features whether they are buildings gantries, flood defence structures, or gasometers. Such structures correlate to the gorges and cliff faces, which are their natural habitat in continental Europe, and also provide high singing posts. 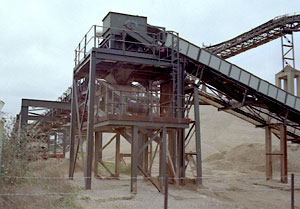 3. A variety of ledges or holes, preferable within structures, in order to build their nests. 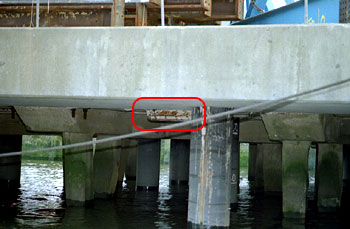 4. Proximity to open water, such as canals, that provide midge, gnat and other insect food. In addition the importance of weatherworn and dilapidated flood defences and jetties provide foraging areas and nest sites. The current desire by developers for sheet piling will do little to enhance their status. 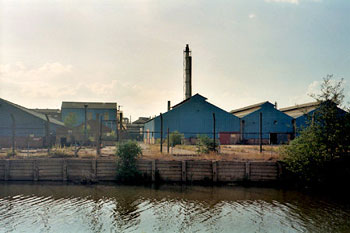 5. It has been suggested that black redstarts are in direct competition in with robins in the UK, with the latter adapting to far more commensal habitats, such as parks and gardens, than they do in Europe. Consequently land developing a shrub layer, whether through natural succession or traditional landscaping, is therefore likely to benefit robin at the expense of the black redstart.


Such ecological factors are not prohibitive within urban regeneration schemes and can be achieved through sensible and proactive mitigation. Appropriate mitigation should not diminish the socioeconomic benefits of regeneration and should help to enhance the overall environmental benefits of any new development. However, it must be recognised that there are minimal requirements that would need to be met in order to provide some reasonable chance for successful mitigation.

Although BLACK REDSTARTS are a protected species research in Austria shows that they tend to concentrate near areas of human activity. Such commensalisms with humans are unique for a rare breeding bird in the UK.